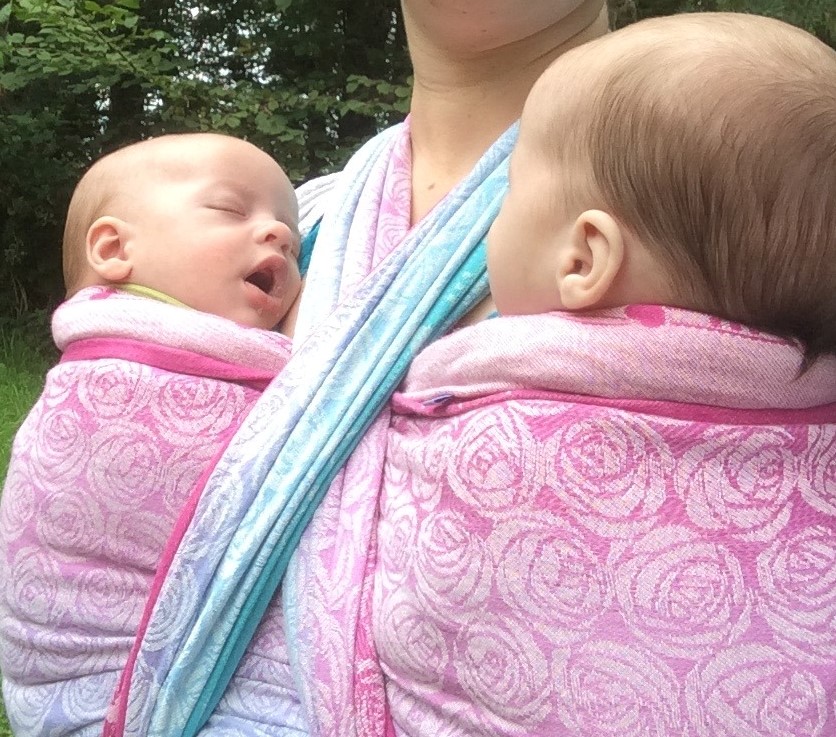 Babies are fussy sometimes. They have developmental leaps. They have fussy evenings. Sometimes they just have a day when they are not happy for some reason. But when there’s two, it can be quite difficult to cope with. But as long as nappy output is appropriate for their age (generally 2-3 poos in and 5-8 wet nappies in 24 hours, although after 6 weeks babies can go a few das without poo and that’s fine) and weight gain is consistent, it is a completely normal, if difficult stage.

Twins sometimes have their fussy periods at the same time. This can be pretty intense! Sometimes they decide to tag team. Less intense but then it goes on longer. I am not sure which is easier. But unfortunately, as parents we do not have much say in the matter.

So here are some tips to help cope:

Babies like to stock up with milk. Mostly once breastfeeding is established, babies will generally be happy after just one, or possibly two goes on the breast. But during fussy periods they often want to go back onto the breast time after time. This is called cluster feeding. You give them a feed, they begin to snooze, come off, you put them down, they wake up and start routing, you feed them, they snooze and come off, you put them down, they wake and start routing….. repeat for a few hours. The good news is you will get a let-down of milk each time. Your breasts are unlikely to feel full during these periods, but breasts never actually run out. They are constantly making milk, and an empty breast makes milk much more quickly than a full breast. So milk production actually increases. So get set up with everything you need, snacks, drinks, phone, remote control and something good on the TV, and let the babies feed, feed, feed. This is where tandem feeding really helps as you can plug them both in and quieten them down. If you are struggling with tandem feeding then having someone else to entertain the second baby is a massive help and you can keep rotating the babies.

But you may find you get to the stage when the babies do not want to feed any more but are still not happy. Often this will mean they try to latch on for comfort but as soon as they get some milk, they come off again as they are not actually hungry. It does not mean you have run out of milk. Babies often like to suck for comfort, so sometimes substituting the nipple for a clean finger can work. But babies also like movement and closeness. So you could try skin to skin (especially with the non-breastfeeding parent as the smell of milk can just mean they want to latch on), rocking, patting, swaying, tiger in the tree position (see pic below), walking or bouncing with them in the sling, baby massage, maybe a bath or sharing a bath with a parent, or even taking them out in the car (many a parent has found themselves driving around late at night willing the baby to sleep!). Often after a bit of a break, the babies will latch on again and have a good feed an eventually settle down to sleep. And often you will find that they sleep for quite a good period of time after a fussy period like this, so this is time for mum to sleep too!

Some mums prefer to express earlier in the day and offer a bottle during these fussy times. But remember breastfeeding is not just about the milk, it’s about comfort and connection as well. And remember it is important to express if you are missing a feed otherwise it will affect your supply.

Babies often grow out of these fussy, cluster feeding type periods at around 3 or 4 months of age. So although very difficult when we are in the middle of it all, it is reassuring to know it will not last long.